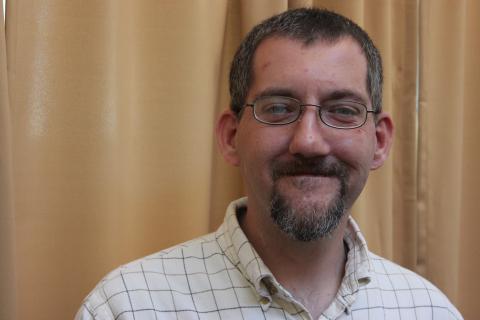 We met Scott Myers in early May at the Jericho Reentry Program in East Baltimore. He has been out of prison for nearly six months after serving 13 months on a heroin distribution charge.

Myers has found work as a "banquet houseman" at a hotel in the suburbs. He considers himself lucky.

"I got hired by the Sheraton Inn out in Towson," he said, "and the lady she believes in giving second chances. But there's so many people here in the Jericho Program who cannot find a job. I mean it's virtually impossible.

"I started working out there on the 12th of April," he said, "so I've been out there like a month, and I just thank God and Ms. Debbie for giving me the opportunity to actually show that I can do it and that I want to improve my life.

"It's just so hard to move forward," he said, "when you don't have a place to stay most of the time unless you have family--and my parents are dead."

There aren't good numbers on how many of those reentering society have a home to go to, but the Vera Institute of Justice cites a report showing that 20 percent of those released from New York City jails were either homeless or had unstable housing arrangements.

Lucky for Myers, he had help. "I had a friend of mine who let me stay with him for about a week and a half," he said. "Then I met with my counselor here at Jericho, and they put me in a transitional house. But if it wouldn't have been for them, I would not have a place to stay."