The Lines Between Our Youth 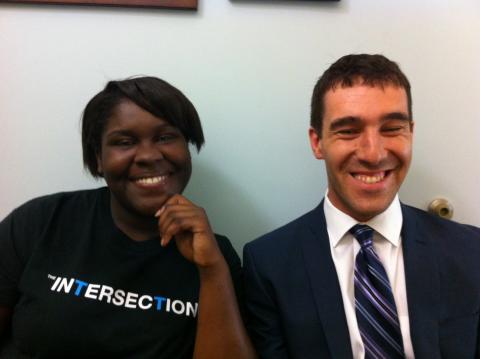 When "The Lines Between Us" went to an event last week that kicked off a "gun violence listening campaign," we met Dawnya Johnson, a 16-year-old student leader with youth advocacy organization The Intersection.

Dawnya lives in Waverly. "Most of my friends have been to jail or have been involved in some illegal act," she said in our interview, which you can listen to above.

They're not bad people, she says. "They're not financially stable," she said. "They're the man or the woman of the house while their parents are caught up in their addiction or whatever it is that they're doing."

She did mention one friend, however, for whom the juvenile justice system doesn't even cross her mind. She lives in Patterson Park. She's white. Her parents are a doctor and a psychologist.

"She is completely naive to everything that happens in the world," Dawnya said. "And it's a beautiful thing to see, because she's so untouched by all the bad things.

"Being a youth in Baltimore City," Dawnya continued, "you never get to see a kid who was untouched by violence, untouched by abuse. You don't get to see that. The way her parents have brought her up, they have done an amazing job in putting he ron the right path, keeping her informed about college stuff I didn't even know about...just being completely immersed in education at home and at school."

More stories from Baltimore's young people about gun violence at the Your Stories page.