Reentry: The Interest on Your Debt to Society

Last Friday, “The Lines Between Us” looked at the challenges of reentry for Marylanders leaving prison.

To complement that episode, we approached the unrelentingly creative couple Pierre and Jamyla Bennu—a.k.a., exittheapple—about creating an illustrated slide show that explains all the barriers that pop up on the road from ex-offender to employee.

During our discussion, Jamyla said, “It’s like the interest on your debt to society.”

What a perfect way to put it. We came across a report that literally lists these “collateral consequences,” from difficulties applying to jobs, to disqualifications for public housing, to bans on jury service. Using that, and some other resources on reentry (more of these below), we created the illustrated slideshow. It's above--click to play.

Let’s say you’ve just been released from prison back into Baltimore City. According to a 2003 study, there’s a nine out of ten chance you’re black.

There’s a three out of ten chance you’re going back to just one of six city neighborhoods—poor ones.

But it’s nobody’s job to tell you what the interest is on that debt.

Lawyers call it “collateral consequences.” There are…a lot of them.

Let’s say you have a home…and a family to go back to. (Lucky you! While the Vera Institute of Justice says “there are no national statistics on homelessness among people leaving correctional facilities,” they found that up to 20 percent of people released from New York City jails are “homeless or their housing arrangements are unstable.”)

But let’s say your home and family are in public housing. If you have a misdemeanor, you’re disqualified for public housing for up to 18 months. If it’s a felony, up to 3 years. If you move in anyway, the Housing Authority of Baltimore City can terminate the lease—and you’re all out on the street.

If your kids are elsewhere, your child support arrears will have piled up while you were locked up, and now that you’re out…they’re due.

Either way…you’re gonna need a job.

But they can still ask about your criminal background during the interview.

Private employers can only use your conviction to disqualify you if the crime relates to the job you’d be doing.

But if you go on Craigslist, you’ll see a lot of employers didn’t get that memo.

Want to be a cab driver? A home health aide? A cosmetologist? Many jobs require licenses in Maryland, and state licensing agencies have lots of discretion to reject applicants based on criminal backgrounds.

You can try to keep your conviction out of the public’s hands, but…it’s hard. The General Assembly failed to pass a law this spring that would have made it easier to shield your criminal record from public view. And the conditions for expungement are…stringent.

Are you a civic-minded ex-offender?

Check your charges. Do they carry a sentence of more than six months? You won’t be sitting on a jury.

Before 2007, a felony would have disenfranchised you outright. Now with a felony conviction you can vote…once you’re finished your sentence, parole, and…probation.

All of that…is just part of your debt to society.

Advocates are trying to get legislators and public officials to reduce that interest.

The U.S. Equal Employment Opportunity Commission has refined guidelines telling employers not to automatically disqualify ex-offenders. And according to University of Maryland law professor Michael Pinard, federal housing officials are trying to remove some barriers to public housing and voucher programs.

What else is in the works? We’ll know soon—Pinard says the American Bar Association is compiling all the collateral consequences for each state in America.

Meantime…here are just a few of the thousands of people who reentered Baltimore over the past few years. 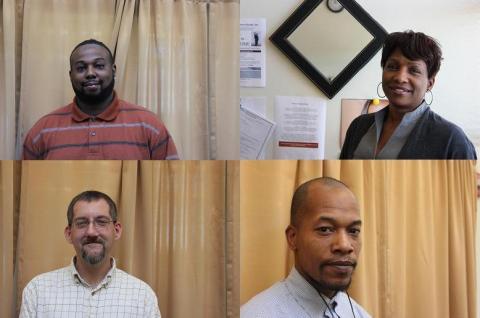