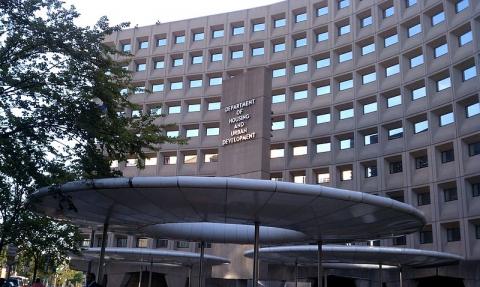 Audio of this episode will be available by the end of the day.

A new report from nonprofit investigative news outlet ProPublica says the federal government has, for over four decades, blown its chance to help create more integrated communities across the country.

In "Living Apart: How the Government Betrayed a Landmark Civil Rights Law," journalist Nikole Hannah-Jones says the U.S. Department of Housing and Urban Development has a tool to pressure cities and counties into actively desegregating regions like Baltimore, but has rarely used it. 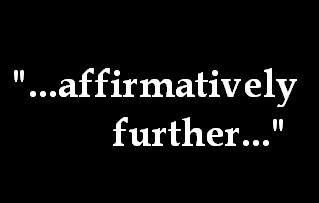 Today, Sheilah Kast asks Nikole Hannah-Jones what opportunities the federal government missed here in the Baltimore region by failing to fully, as it says in the Fair Housing Act, "affirmatively further" fair housing.

We invited the U.S Department of Housing and Urban Development to be part of this episode. HUD sent us this statement from Deputy Secretary Maurice Jones: "It is core to our mission at HUD to protect the housing rights of every person, so that no American faces discrimination in choosing a home or a community in which to raise their family.  We do not tolerate violations of our fair housing laws, as demonstrated by the thousands of investigations and hundreds of legal actions taken over the last three years. In case after case, HUD and the Department of Justice have achieved justice for victims of discrimination, helping to return individuals to their homes, imposing significant monetary penalties against landlords and others who have engaged in discrimination, and increasing community awareness of the rights protected by these laws."

WYPR senior news analyst C. Fraser Smith, in his book William Donald Schaefer: A Political Biography, recounts a fiery confrontation between Schaefer and George Romney over grant applications Romney wanted to turn down. If you can get a copy, it's in Chapter 7. "From this point," Smith writes, "the encounter grew even more intense and loud, the mayor and the cabinet secretary shouting at each other like schoolboys."

Smith also describes an 1971 incident in which East Baltimore community activist Lucille Gorham confronted HUD Secretary George Romney: "Gorham had experience Romney could not fully appreciate – She knew urban renewal from the street:  It had decimated three of the neighborhoods where she had lived with her eight children, all born before she was 30.  Her neighborhoods were worth preserving, she thought –even though Washington saw them as segregated."

At the end of our segment, Sheilah talks to Lucille Gorham's eldest daughter, Lorna Alexander.

UPDATE: Lucille Gorham died the day after we aired this episode.

Listen to several excerpts from the interview with Nikole Hannah-Jones that didn't make it on the air at wypr.org.

This morning Baltimore Neighborhoods Inc. is holding an event that will cover what it means to “affirmatively further” fair housing.  It starts this morning at 10 a.m. at The Episcopal Diocesan Center, 4 East University Parkway in Baltimore.

And take a listen to Tom Hall’s January 2011 interview with author Isabel Wilkerson, who wrote about the Great Migration of blacks from the South in The Warmth of Other Suns.

Former HUD secretary George Romney shows up in Hannah-Jones’ report as a hero of fair housing. His son Mitt, the Republican nominee for president, has not said much about his plans for HUD...except during that private meeting in April* with donors, where he talked about the now-infamous "47 percent." Mitt Romney said then that HUD as we know it might disappear under a Romney administration. “I’m going to take a lot of departments in Washington, and agencies, and combine them,” he said.  “Things like Housing and Urban Development, which my dad was head of – that might not be around later.”

* - CORRECTION: The above quote is accurate--but it happened a month before the "47 percent" comment, at a backyard fundraiser in Palm Beach, Fla.