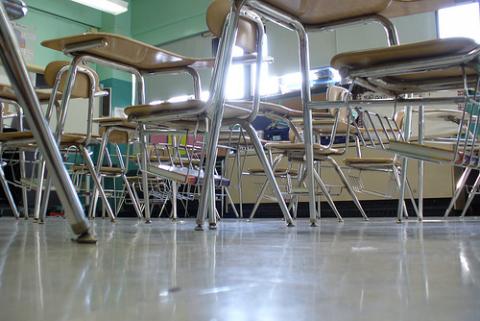 If you’re of a certain age, you may remember taking tests in school that put you on a certain “track”.  Some students were grouped in classes aimed at moving them directly into work, others into college.

But, that way of “tracking” students lost support in the 1980s and early 90s in the U-S … after researchers concluded it created divisions based on race and class, and perpetuated inequality. “Tracking” is a controversial word among educators, but it’s still being practiced, in some schools, in modified form.  And grouping kids by academic ability within classrooms is even more common.  What does it look like in Maryland?

Sheilah talks about this with Kevin Welner, a Professor of Education at the University of Colorado at Boulder and director of the National Education Policy Center, who's studied tracking.  She also talks with Henry Johnson, Assistant State Superintendent for Instruction, Curriculum, and Assessment at the Maryland State Department of Education, and two assistant superintendents of the Baltimore County public schools: Penelope Martin-Knox and Karen Blannard.

You can read more of Kevin Welner's research on tracking here.

Blum teaches philosophy at the University of Massachusetts, and for four semesters he taught a class on race and racism at a high school in Cambridge, MA. Blum had African-American, white, Latino and Asian-American students in his classes.

As a white male, Blum said before he could teach the students about race, he had to build a relationship with them.

“I did make a special effort, partly because I’m white, to forge a relationship with each student in the class. But I was particularly concerned with the black students, and trying to get that personal relationship.”

That class inspired him to write his newest book High Schools, Race and America's Future: What Students Can Teach Us About Morality, Diversity and Community.

“The Lines Between Us” is made possible by grants from Associated Black Charities, Cohen Opportunity Fund, Ethics and Excellence in Journalism Foundation, Baltimore Community Foundation, and Open Society Institute-Baltimore, as well as support from members of the WYPR Board of Directors.