In 1988, women's studies professor Peggy MacIntosh published a paper that concisely described unique (positive) experiences that only some white people could identify with. More than 20 years later, White Privilege: Unpacking the Invisible Knapsack is a fundamental academic text, and has inspired multicultural training and curriculum.

Baltimore Racial Justice Action's White Anti-Racism Network or WARN, leads training for individuals who want to examine their own examples of white privilege and work to actually use it to make society more equitable.

Dottye Burt-Markowitz is one of the founding members of Baltimore Racial Justice Action and a facilitator of training. She says the training offered helps white participants examine how they have been afforded certain rights and privileges because of the skin color they were born with. But Burt-Markowitz says more importantly, participants' personal experiences are connected to the larger issue of structural racism.

Laura Stolle Schmidt is an apprentice facilitator who participated in WARN training in 2012.

Individuals who want to get used to the idea of acknowledging their own privilege and learn more about structural racism, can register for WARN's Fall 2013 "Building Racial Justice in Baltimore: A Workshop for White People." The 6-week training starts on October 6. Registration closes on September 22.

College students have an opportunity to examine their own privilege as well. Dr. Kaye Wise-Whitehead, who teaches in Loyola University Maryland's Communications Department makes it a point to introduce her students to the concept of white privilege in her classes. Through encouraging creative ways of documenting privilege, Wise-Whitehead connects students' personal experiences with evidence of how race, class and gender dictates who holds power in American society.

To hear the thoughts and observations from our guests that did not make it to air, visit programs.wypr.org. 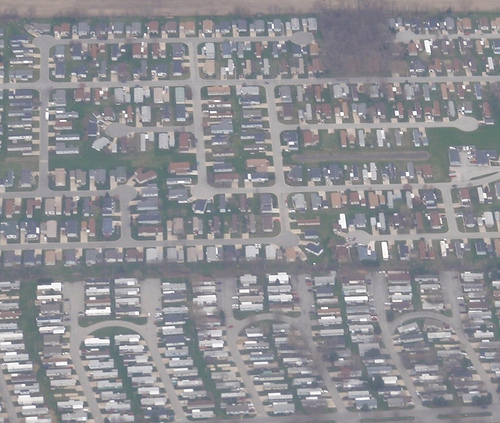 Much of our coverage on "The Lines Between Us" has focused on Baltimore City, which has a poverty rate three times that of the surrounding suburbs. But new data released over the past few years show we should look closely at suburban poverty as well.

Elizabeth Kneebone is a fellow at the Brookings Institution’s Metropolitan Policy Program and co-author of Confronting Suburban Poverty in America. When we talked to her in January 2010, shortly after Brookings released a landmark analysis of suburban poverty data, she said poverty is rising both in American cities and their suburbs—but…it’s rising much faster in the suburbs.

“What we’ve seen in the Baltimore region is slightly working against that trend," said Kneebone, "in that Baltimore City experienced a significant decline in both the number of people living in poverty and in the overall poverty rate.”

“On the other hand," said Kneebone, "the suburbs, while the poverty rate held steady over this period, actually saw the number of poor people increase by over 20,000.”

For the first time, there are more poor people in the Baltimore suburbs than there are in the city, mirroring a flip nationwide.

Today we talk to Scott Allard, author of Out of Reach: Place, Poverty, and the New American Welfare State. Allard is an associate professor in the University of Chicago's School of Social Service Administration. Also joining us is Peter Sabonis, Work with Dignity Program Director at the National Economic and Social Rights Initiative.