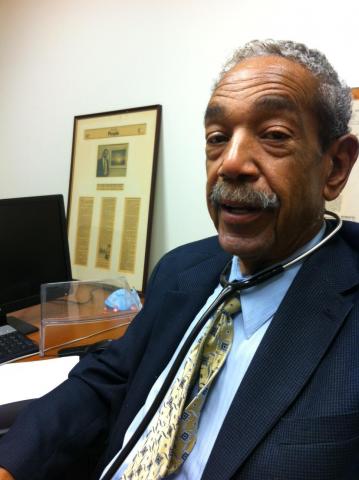 This week, "The Lines Between Us" turns its lens on inequality and education. We start by examining the legacy of the Supreme Court's Brown v. Board school desegregation ruling.

The Baltimore city school board reacted to the ruling quickly. But the policy they decided on--any child could attend any school in the city--led to more flight than integration.

We talk about that policy's lingering effects with Ray Winbush, director of Morgan State University's Institute for Urban Research, and Howell Baum, professor of urban studies and planning at the University of Maryland and author of Brown in Baltimore: School Desegregation and the Limits of Liberalism.

We also talked to four people who were attending public schools in Baltimore city when the Supreme Court ruled on school segregation in 1954. You can hear their stories here.

Carolyn Cole integrated Arlington Elementary School in 1954 at the age of nine. She went on to spend 41 years working for Baltimore City Public Schools, including six years as principal of Roland Park Elementary/Middle School. In this interview, she describes her surprise at being welcomed at Arlington on the first day of school, and how it shaped her approach to handling race with her own students decades later.

Baltimore's Mitchell family is part of just about any story you care to dig up about the local civil rights movement. Keiffer Mitchell, Sr.--son of Clarence Mitchell, Jr., and Juanita Jackson Mitchell, and grandson of Lillie May Carroll Jackson--integrated Gwynns Falls Park Junior High School. He tells a story of being beat up by "neighborhood toughs," and of the harassment of his own grandson just a couple weeks ago.

Brint Cooper was in 9th grade at Poly when the Brown v. Board decision ruled school segregation unconstitutional. Poly had integrated two years earlier, and he credits a "visionary" principal with helping the school fend off a "rabblerouser" who wanted white students like Brint to stay home from school after the ruling came down.

Two years before Brown v. Board, the Baltimore school board approved the integration of Baltimore Polytechnic institute on the grounds that no other black school offered anything approximating its rigorous "A course" college prep curriculum. On October 4, 2006, Tom Hall interviewed Kevin Tolson, Poly Class of 2006, who made the documentary "Blazing a Trail Before Brown," and Milton Cornish, one of the first African-Americans to integrate Poly in 1952.