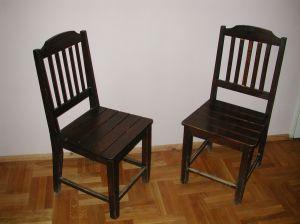 For several months, we’ve been looking at inequalities in the criminal justice system as part of "The Lines Between Us." Today, we’re continuing our look at the criminal justice by focusing on a different approach called “restorative justice.” This approach operates outside of the courts, in neighborhood libraries or community centers. All parties affected by a crime are given a chance to talk about how the crime affected them and decide how to move forward.

Sheilah talks about it first with Toi Harris, whose son stole a cell phone on 33rd Street just last month. Rather than go to court, she, her son, and the victim met several weeks ago to resolve the crime. Then, we'll be joined by Lauren Abramson, Executive Director of the Community Conferencing Center, which uses the restorative justice approach in their "community conferencing" program.

Listen to more of our interview with Lauren Abramson here.

Plus, restoring neighborhoods, restoring people: GROUP Ministries in West Baltimore is trying to do both at the same time. They're buying vacants in the Rosemont neighborhood, hoping to use the Community Development Corporation model that revitalized Patterson Park. And they're training recently released ex-offenders in construction skills by renovating those very vacants.

Tom Hall visits GROUP Ministry headquarters on Edmondson Ave. to meet CEO Rev. Horace Smith, program manager Mike Bailey, and community liaison Anton Pridget. Then they lead Tom on a tour of some of the vacants under renovation and introduce him to 51-year-old Victor Eldridge, who has been learning construction skills with GROUP Ministries for several weeks after a three-year bit in prison.