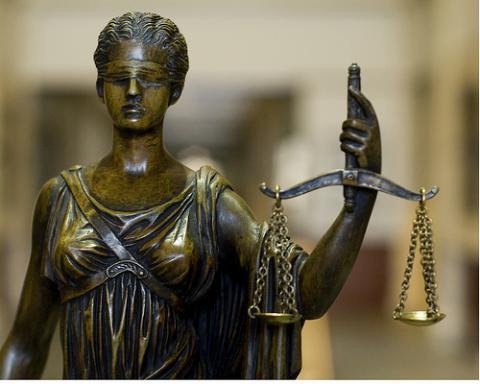 When someone commits a crime, it’s generally accepted that the person should pay their debt to society—meaning, spend time in prison and compensate those whom they’ve harmed.  But does paying a debt to society mean someone should end up in financial debt?

Today, we examine the costs incurred by people who are dealing with the criminal justice system, from the moment of arrest to the years following release – how those debts can pile up, and create financial scars that can last longer than the time behind bars.

Sheilah talks about these costs with Natalie Finegar, the Deputy District Public Defender for Baltimore City.  You can learn more in this report from the Brennan Center for Justice, “Criminal Justice Debt – a Toolkit for Action," and a Pew Center report: “Collateral Costs: Incarceration’s Effect on Economic Mobility.”

Then, why are Maryland debtors landing in jail? The short version: they're missing court dates. But consumer advocates say the process is unfair to the poor. We'll hear about a bill the General Assembly passed a bill this spring to keep debtors out of jail, and how the courts might react.

Tom Hall talks to Maryland Consumer Rights Coalition executive director Marceline White and Peter Holland, who teaches a consumer protection clinic as a visiting assistant professor at the University of Maryland’s law school. (To hear creditors’ side of things we reached out to Maryland Bankers Association for comment—their president, Kathleen Murphy, was away this week. The Maryland-DC Creditors Bar Association failed to get back to us after several attempts. Yesterday a spokesperson for the District Courts told us they’d get back to us after we asked why Baltimore County's arrest and imprisonment numbers were higher than other jurisdictions, and how the new law changes things for their judges. When they do, we’ll have their response here.)