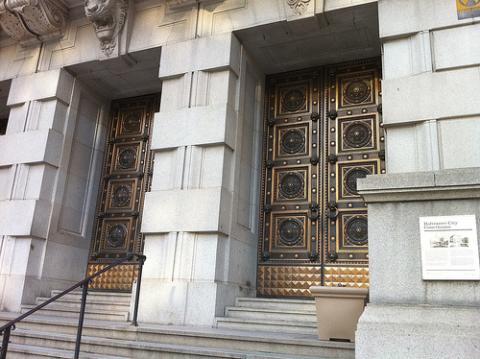 Next Friday is the 59th anniversary of Brown v. Board of Education of Topeka, which ordered the racial integration of American public schools. The case was argued before the U.S. Supreme Court by Baltimore’s own Thurgood Marshall. It remains probably the most famous instance of inequality being challenged successfully in court.

What role do the courts play today for those who want to challenge inequality in the Baltimore region?

On today's episode of "The Lines Between Us," Sheilah Kast talks to two attorneys with long, distinguished careers in civil rights litigation. Ted Shaw is a professor at Columbia Law School in New York, and he was with the NAACP Legal Defense Fund for 23 years, including four as president. Susan Goering has been the executive director of the Maryland branch of the American Civil Liberties Union since 1996.

Schools all over the country have resegregated since Brown v. Board, certainly here in Baltimore City. Just three weeks ago the Civil Rights Project at UCLA reported that the share of intensely segregated schools in Maryland has more than doubled in the previous decade. More than half of the state's black students attended schools with minority enrollments between 90 percent and 100 percent during the 2010-2011 school year, up from 33 percent in 1989.  It called one-tenth of Maryland’s schools "apartheid." You can read the report here.

Below are some landmark inequality cases brought by the ACLU and/or the NAACP Legal Defense Fund over the past couple decades here in Maryland.

The Bradford case that led to the Thornton Commission on education funding.

Thompson v. HUD, which reshaped public housing in the region. ("The Lines Between Us" covered this case in Episode 5.)

Wilkins v. Maryland State Police, also known as the “Driving While Black” case, in which state police agreed to monitor their progress on eliminating racial profiling.

We didn't have room on-air for the entire interview. In the web extras over at wypr.org, Ted Shaw and Susan Goering discuss inequality in education. First, Missouri v. Jenkins, a case that solidified the U.S. Supreme Court's post-Brown v. Board take on school segregation, then the Bradford case here Maryland, in which the state constitution, not federal guarantees, was used as a basis to challenge inequality in the classroom. They describe what it took to convert the judge’s decision in the courtroom into funding in the classroom via the Thornton formula. Lastly, Ted Shaw tells Sheilah his take on the U.S. Supreme Court and inequality. Listen here.