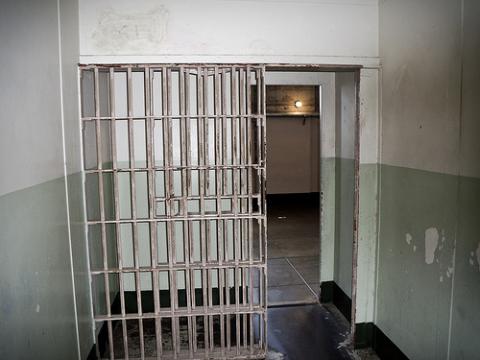 A study ten years ago showed that nearly a third of those released from prison back into Baltimore city returned to just six poor and mostly African-American neighborhoods. Over the next few weeks, "The Lines Between Us" will explore the cycle that has run for generations between Maryland’s prisons and Baltimore’s poorest neighborhoods.

Today we want to talk about prison itself, and return to a controversial topic we discussed late last year: solitary confinement of prisoners. We'll hear from three former prisoners--one from a federal facility in Western Maryland, and two from Maryland state prisons--about what it's like to be separated out from the general prison population.

Solitary confinement has even cropped up in the story that has been dominating local headlines--the alleged criminal conspiracy involving both inmates and correctional officers at the Baltimore City Detention Center. The indictment said members of the conspiracy took orders from inmate and accused Black Guerrilla Family member Tavon White. When he pleaded not guilty on Monday, his lawyer complained he’s being held in solitary confinement. Department of Public Safety and Correctional Services spokesman Rick Binetti told the Baltimore Sun that White is being held in administrative segregation; Binetti said Maryland prisons don’t use solitary.

Critics say the effect of solitary confinement on prisoners amounts to cruel and unusual punishment, or even torture. Last October, the New York Civil Liberties Union released results of a year-long investigation based on interviews with—and letters from—more than 100 prisoners who have been in what’s called “the box” or “the hole.” NYCLU concluded that solitary confinement is arbitrarily applied, and that it not only harms prisoners, but makes prisons less safe for inmates and for guards.

Last August, we spoke with Kendall Gifford, assistant warden at the Maryland Correctional Institute for Women in Jessup.

"Solitary confinement does not exist in the state prison system in Maryland," Gifford said, "neither in policy nor practice."

The state does use what it calls “administrative segregation” and “disciplinary segregation” to take certain prisoners out of the general population.

"All inmates in the DOC are subject to double housing," Gifford said. "There are some inmates that are specified for single cell, but that’s usually for mental health reasons, or in cases where inmates simply—their behavior has demonstrated that they would pose a risk to anyone else that was in the cell with them."

In other words, Gifford said most segregated prisoners in Maryland have a cellmate. Critics complain that there is not enough data to know what’s really happening in Maryland prisons.  A Baltimore Sun editorial estimated 8 percent of Maryland prisoners are in segregation at any given time.

In a response to that editorial, Maryland Secretary of Public Safety and Correctional Services wrote that “isolation” lasts no longer than 48 hours, and “segregation” cases must be reviewed ever 30 days. (This U.S. District Court opinion claims that least one man was order to serve 200 straight days of segregation.)

Today, we’ll hear the perspectives of ex-offenders who have spent time segregated from the general populations in prisons in Maryland. Greg Carpenter has been on our show several times—he works with the Jericho Reentry Program in Baltimore, and says after an armed robbery conviction, he spent a total of three years' worth in solitary during 20 years of incarceration. Darrell Berry also says he spent a few years' worth in solitary while doing time for murder. David Dahbura says he was thrown into solitary for 28 straight hours at the Federal Correctional Institution in Cumberland as soon as he arrived for a 13-month bit for bank fraud.