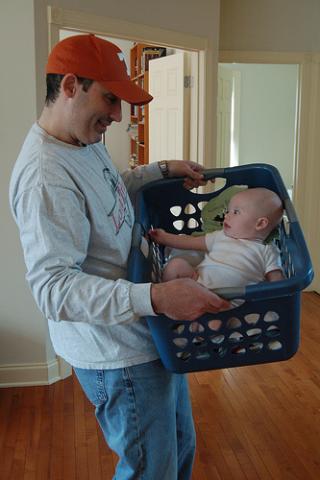 There are efforts on both the federal and state level to lessen that gap, and prohibit gender discrimination in the workplace.  The Paycheck Fairness Act, sponsored by Senator Mikulski would prohibit employer retaliation for sharing salary information with coworkers. The bill would allow the federal government to check with employers to show pay disparity is related to job-performance, not gender.  It also creates a grant program that will teach women salary negotiation skills.

We talk about all this with Lisa Maatz, Director of Public Policy and Government Relations for the American Association of University Women and Mary Keating, an employment attorney based in Baltimore, and the hotline director for the Women’s Law Center of Maryland.

And in the household -- classic TV shows of the 1950s and 1960s like "Leave it to Beaver" and "Father Knows Best" provided a lens through which the gender dynamics of most American households could be viewed. When it came to housework-on television and in reality-housework was seen as a 'woman's job.'

While women now comprise a larger percentage of the workforce than previous generations, studies show that women are still doing the majority of work in the home-while also balancing their paid work hours. In the late 1980s, author Arlie Hochschild called this the second shift.  University of Maryland, College Park sociology professors Dr. John P. Robinson and Dr. Melissa Milkie have been studying the gender division of housework for several decades. Robinson said that in the 1960s women's contribution to housework and childcare was 80-85 percent, now it's around 65 percent. A notable change, but still not equal.

Tom Hall interviews Dr. Milkie and Dr. Robinson to talk about housework and childcare trends, and the larger social implications that stem from the necessary (and sometimes frustrating) household responsibilities.