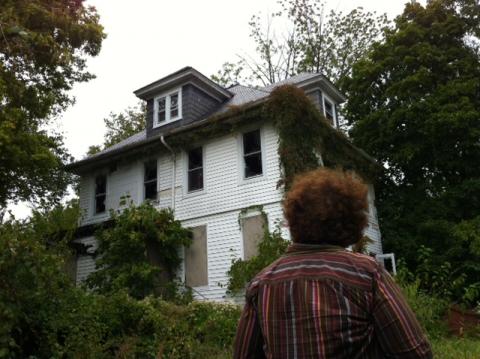 One of the lines that separate people in this region is blight.  There's no sharper example of it than the thousands of vacant homes that are clustered around the city.  Some people only pass through the areas filled with vacants; others deal every day with the problems vacants create.

The city estimates the number of vacants at about 16,000; other organizations say the number is much higher.

Vacants are prevalent in the Greenmount and Barclay neighborhoods in east Baltimore, above North Avenue.  Resident Myeisha Hall says there’s one vacant on her block that’s just been infested by pigeons. “They make bowel movements all over the porch.  There’s feathers flying in our face all day.  They’re just infested up in there.”

We wanted to find out: how did there get to be so many vacant properties in Baltimore?  Why are some neighborhoods more affected than others?  And how do vacants relate to inequality in the region?

Sheilah talks with Eric Siegel, who’s an instructor at Johns Hopkins’ Institute for Policy Studies.  In his 30 years at the Baltimore Sun, he covered housing and development in Baltimore City.  He’s also joined on the line by Mel Freeman, Executive Director of the Baltimore-based Citizens Planning and Housing Association.

Plus, Baltimore Mayor Stephanie Rawlings-Blake has proposed her own plan to deal with the vacants in Baltimore.  It’s called Vacants to Value, and she launched it in November 2010.  The program focuses on selling the vacants in specific transitioning neighborhoods. Producer Stephanie Hughes went to look at one of the homes that’s for sale—and to find out how many vacants are on their way to being filled.