The way we speak-our accent and the type of language we use-doesn't always leap to the front of some people's minds when thinking of first impressions, but it does shape people's perceptions, for the benefit or to the detriment of the speaker.

"One of the prejudices we have especially as Americans, is if we don't hear English-the King's English-we naturally tend to write people off as not being intelligent and that's the biggest mistake we can make," says Charles Ramos.

Ramos is the president and CEO of CR Dynamics and Associates, a contact management firm. The 19-year-old firm provides help-desk and call-center services to state and federal agencies. In a call-center environment, there can always be some amount of frustration, intensified when the customer and representative cannot understand each other.

Ramos says his employees are from Maryland and English is typically their first language, but he says he wouldn't look over an applicant who has the right qualifications and an accent.

"As long as they are knowledgeable with the subject matter and they can convey the message clearly and succinctly, I generally don't have a problem with accent," Ramos says.

Ramos is quick to distinguish that in his business, an accent that marks someone as a non-native English speaker, is not the only accent that could cause communication issues.

"Every now and then you may find someone that may be prejudice for whatever reason and may have an issue with someone that's on a phone and they may say 'I want to speak to a manager.' Sometimes that may be code word for 'I don't really understand you and I want to talk to someone else.' That rarely comes into play, sometimes it comes into play if you have someone who grew up in an urban environment-if I have someone from Baltimore City that may be speaking to someone from Western Maryland," Ramos says.

There's some nuance in what a listener may hear as an accent, it could be a regional accent or a dialect. To gain a better understanding of the various forms of American English, in 1995 PBS aired a series called "Do You Speak American?" 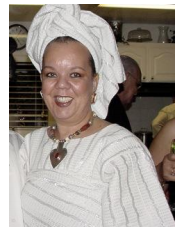 There is also, however, a language bias and a language hierarchy as Dr. Kokavah Zauditu-Selassie, Coppin State University Humanities professor explains.

"For privilege there is an emphasis placed on certain grammatical forms and certain ways of expressing oneself that gives you entre to the finer things in life," Dr.Zauditu-Selassie says. "There's gatekeepers that say 'If you speak this way you can have if you don't speak this way you can't have.' So there is a conscious decision to speak that way."

Dr. Zauditu-Selassie says that ways of speaking within the African-American community simply aren't viewed with the same level of understanding or appreciation as others.

"For African-Americans that same allowance that we come from two different speech sets, that we have an accent, is not as allowable because the argument is that we have been here for 500 years. But to the extent that you have been socially isolated and racially excluded you still may have a speech community that is still intact without being tampered with."

Research has been conducted on how judgments are made based upon accent. Dr. Boaz Keyser, a psychology professor at the University of Chicago has several articles on this topic. His 2010 paper found that non-native speakers' statements were perceived as less truthful.

There were two clips played during this Lines' episode, the first came from a woman named Leo. A longer version of her story is posted here. The second came from Dave Chappelle's 2005 interview on Inside the Actors Studio.