Episode #15: The Path to a Paycheck 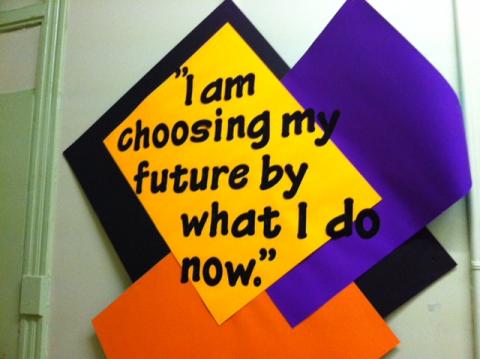 Since early 2009, unemployment in Baltimore City has hovered around 10 percent.  But in certain neighborhoods the number is much higher—such as the Oliver neighborhood in east Baltimore, where 1 out of every 4 people is out of work.

We wanted to find out:  why is there such persistent unemployment in particular areas of the city?  What employers in the region are in need of workers?  And what programs exist to connect the unemployed—to those paychecks?

One of those people in need of a job is Rokea McCullough.  She’s 24 years old and has been looking for work for more than a year.  She’s been volunteering as an administrative assistant at the Oliver Community Association in the meantime. Despite being certified as both a nursing assistant and child care provider, she hasn't been able to get a job.

Sheilah talks with her, along with Jason Perkins-Cohen.  He’s Executive Director of the Jobs Opportunities Task Force, and one of the forces behind a website called “Train Baltimore,” which is intended to connect the unemployed with training for a job they'll enjoy.

We also hear from Jennifer Vey.  She’s a fellow with the Brookings Institution and the author of a report published last spring called “Building from Strength: Creating Opportunity in Greater Baltimore’s Next Economy," which lays out areas of potential job growth in middle wage jobs.

Then -- in the weeks before his death, Dr. Martin Luther King, Jr. spoke out on behalf of laborers in Memphis.  A play called The Mountaintop, now at Baltimore's Center Stage, imagines a conversation Dr. King had with a maid the night before he was assassinated.  Tom Hall discusses King's legacy with the play's director, Kwame Kwe-Armah.