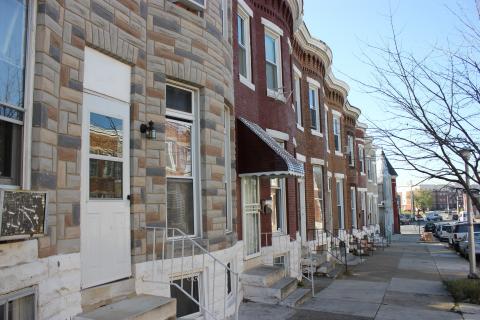 When the term inequality comes up for public discussion, it’s often in the context of income inequality. Are the rich getting richer? Are the poor getting poorer?

There’s another kind of inequality--also measured in dollars, but not the same--that helps decide who moves ahead in America and who falls behind: wealth inequality.

Analysis by the Pew Research Center last summer showed that although the recent Great Recession put a dent in everyone’s wealth, minorities were hit hardest. By the end of 2009, white household median wealth was 20 times that of black households and 18 times that of Hispanic households.

Where does that wealth gap come from? And what does it mean in people’s lives? Those are the questions we’ll deal with today.

Up first, our senior producer Lawrence Lanahan brings us the story of Isaac Joseph Bacon, an 88-year-old African-American World War II veteran from West Baltimore with major health care and assisted living needs. The bank is foreclosing on his house. He bought it for $6,300 in 1950; the two short sale offers he’s gotten were $11,000 and $20,000. Meantime, his great-niece Dominique Moore and her extended family are scrambling to deal with the foreclosure process, the house, and paying for assisted living for Uncle Joe and his wife Roslyn.

Then Sheilah talks to Dominique and two researchers from the Aspen Institute's Roundtable on Community Change: director Anne Kubisch and senior research associate Keith Lawrence. They'll react to Dominique's uncle's story and discuss the role of housing and race in the wealth gap, and how the wealth gap plays out in communities and perpetuates race and class divides today.

Lastly, Anne Kubisch joins Tom Hall with a tale of two houses. It’s 1964. A black family buys a house in Baltimore, and a white family buys in a New Jersey suburb…for the same price. We’ll hear how differently their stories turned out.