Our series has turned its focus from fair housing to economic opportunity, with a look last week at the various ways Baltimore’s minority entrepreneurs found support for their ventures when banks were denying them commercial credit.

Today, we’re talking about diversity in the workplace. Title VII of the Civil Rights Act of 1964 states that employers cannot “fail or refuse to hire” because of an individual’s race, color, religion, sex, or national origin. The act created an agency to enforce the law: the Equal Employment Opportunity Commission.

Nearly 50 years later, the demographics of our region are still not fully reflected in the demographics of our workplaces. You’d think that the nonprofit sector would have made the most progress in matters of equity--a goal implicit in many of their missions. But according to a 2010 Urban Institute report, although 70 percent of Baltimore City’s population is people of color, they make up just 30 percent of people on the boards of nonprofits. Diversity of staff at regional nonprofits is higher, according to the report, although it also found that a nonprofit is likely to have more people of color in its staff if the executive director is a person of color. (Here's a Maryland Morning interview about that report.) 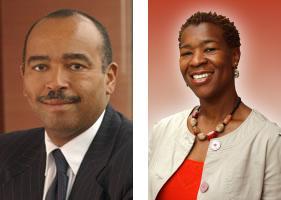 Today, we’ve invited a staff member and a board member from the Baltimore Community Foundation to talk about an effort they’ve launched to become more inclusive as an organization. Disclosure—BCF is one of many funders of this series. But even before it helped fund this series, we had heard about its Task Force on Race, Equity, and Inclusion, and wanted to learn more. Danista Hunte is vice president for community investment at BCF, and BCF board member Harry Johnson is an attorney with Whiteford Taylor and Preston. 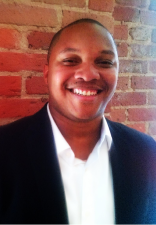 Before we hear from them...an essay from Baltimore writer and independent consultant Rodney Foxworth. Back in March, there was a technology event in Baltimore called InSquared, short for Inclusive Innovation. At his blog, Rodney reacted to InSquared with a reflection about diversity and inclusiveness in the tech world’s “white male nerd culture.” We were intrigued by this line: “InSquared is an example of moving away from ‘We TRIED to make it diverse!’ … to a much more instructive ‘HELP us make this inclusive’.” Rodney elaborates on that difference for us.